Whether you’re an entrepreneur plotting to launch a startup or a CEO strategizing where to put another office, knowing where the next hot city is would be a game changer. Should you expand to Raleigh? Would you attract better talent in Austin or Atlanta? With the new Surge Cities Index, Inc. and innovation policy company Startup Genome crunched the data to score and rank the top 50 metro areas in the U.S. on seven key indicators–from early-stage funding metrics to job creation. Finally, here’s the smartest way to answer the age-old question: Where should you go next?

No. 24: TAMPA
Tampa has more high-growth companies per capita than New York City, and now it’s looking to launch its own version of SxSW.
Detroit may have its entrepreneur-benefactor Dan Gilbert, but Tampa Bay has Jeff Vinik. The owner of the NHL’s Tampa Bay Lightning is behind Embarc Collective, an innovation hub launching in March that will aggregate founders, accelerators, and VCs. It will live just north of the new mixed-use waterfront district that is another Vinik project– in conjunction with Bill Gates’s Cascade Investment. Vinik is also an investor in the national fund and accelerator Dreamit, which recently opened an outpost here. It joins Tampa’s largest homegrown accelerator and co-working space, the Tampa Bay Wave, which specializes in health, education, and marketing tech–three of the area’s dominant new industries. Among the Wave’s entrepreneurs-in-residence are the founders of Tribridge and MyMatrixx, two companies that made lucrative exits in 2017. The region’s other hot companies include Peerfit, which offers corporate fitness through local gyms and has raised more than $23 million. And the second Synapse innovation summit–Tampa’s answer to SxSW–was expected to attract 5,000 people in January.
Click here for the list of other cities: https://www.inc.com/surge-cities/best-places-start-business.html
Looking for move to the Tampa Bay Area? Contact one of the top Realtors in town, Jessica Scrivani.

TAMPA, Fla.— As a former hedge-fund owner and manager of the Fidelity Magellan Fund, Jeffrey Vinik is used to making giant bets in financial markets. Now he is part of a $3 billion wager to revive Tampa’s once-moribund downtown. 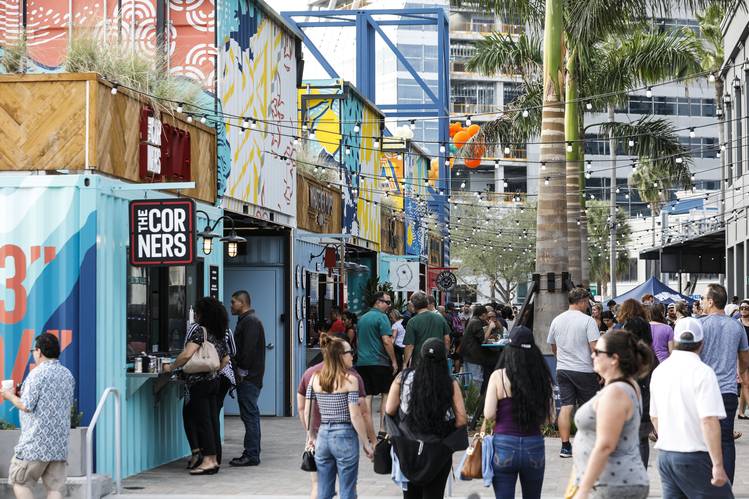 The 50-acre project includes two luxury hotels, office towers and apartment buildings with amenities such as roof gardens and fitness centers. The first element opened last week: Sparkman Wharf is a waterfront entertainment venue with a beer garden and a collection of shipping containers housing eateries by some of the city’s best-known chefs. Office space will come online in 2020.

The population of the Tampa metro area grew to nearly 3.1 million at the end of 2017, making it one of the biggest-gaining regions in the U.S. Steady job growth sent the unemployment rate to 2.9% in October.

Mr. Vinik and other developers are now trying to cash in with a flurry of new projects, aiming to remake Tampa as a more vibrant and pedestrian-friendly city that can lure more young professionals. 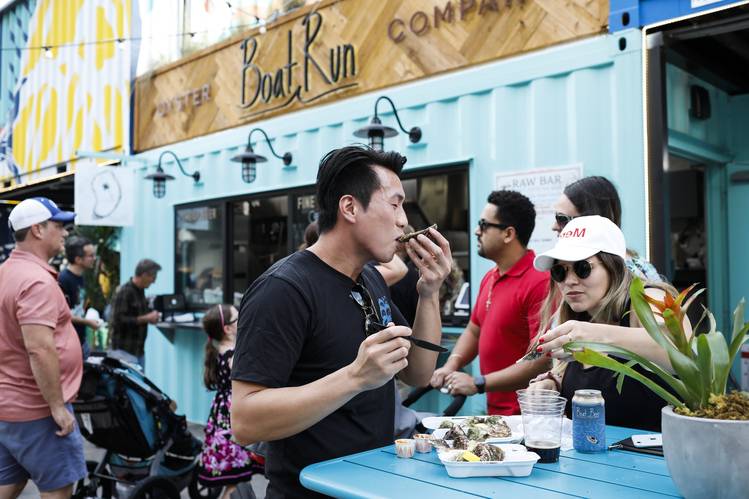 The Heights, a mixed-use development, has a 314-unit apartment complex and a 73,000-square-foot former streetcar facility that now is home to a food hall and co-working space. Construction is set to begin this month on an office building for the project.

Midtown Tampa is to offer office towers, apartments, hotels and a Whole Foods supermarket—with a public plaza at the center. The 20-acre development is scheduled to break ground next year.

On the residential side, a luxury condo tower on the Hillsborough River downtown will be the tallest building on Florida’s west coast. The units at Riverwalk Place sell for up to more than $2 million.

The mixed-use developments are the first high-end office space built in Tampa in more than two decades, said Tim Rivers, Florida market director for real-estate firm JLL, who is based in Tampa. The numbers “did not pencil out, up until now,” he added.

The vacancy rate in Tampa for class A office space fell to 8.7% in the third quarter of 2018, according to Cushman & Wakefield, a real-estate-services firm. Rents climbed to $30.29 a square foot, the first time above $30 in the market’s history, the firm said.

Some worry that the city won’t be able to absorb all the supply coming on the market in the next few years, especially if economic growth slows. “The biggest risk is…the overall condition of the economy,” said Mr. Rivers, who added that the city’s low living costs and high caliber of its planned office space could give it an edge.

Tampa’s downtown was once a desolate area at night. But over the past decade, development of the Channel District, adjacent to the Water Street project, drew residents to new apartments and restaurants. Public and private investment added attractions, including museums, parks and a walkway along the river.

Now, Mr. Vinik is trying to take it to the next level.

The former money manager, 59 years old, ran Fidelity’s flagship Magellan Fund in the 1990s starting at the precocious age of 33. With about $50 billion in assets under management, he was one of the world’s most powerful stock-market investors and regularly chalked up double-digit gains. He had a 17% annualized return during his 4-year tenure running Magellan.bought the Tampa Bay Lightning National Hockey League team in 2010, and soon began acquiring land around Amalie Arena, where the Lightning play. He eventually amassed 50 acres.

After he left Fidelity, he started his own hedge fund that had even bigger gains, but he closed it down in 2013 after a run of poor performance and restructuring.

Mr. Vinik wasn’t sure at first what to do with the growing portfolio, Mr. Nozar said. But after reading books on urban planning and smart growth, he envisioned a lively, walkable neighborhood that would attract companies and workers. Mr. Vinik teamed up with Cascade, and together they hired high-end architects and designers.The project, fully backed by equity, is scheduled to conclude its first phase in 2021 and its second in 2027.

A tower that will house the University of South Florida medical college recently topped out, and the builders have broken ground on one of the apartment buildings and a hotel, a JW Marriott. By next fall, the developers say, the area is expected to be teeming with 20 cranes and 2,800 construction workers.